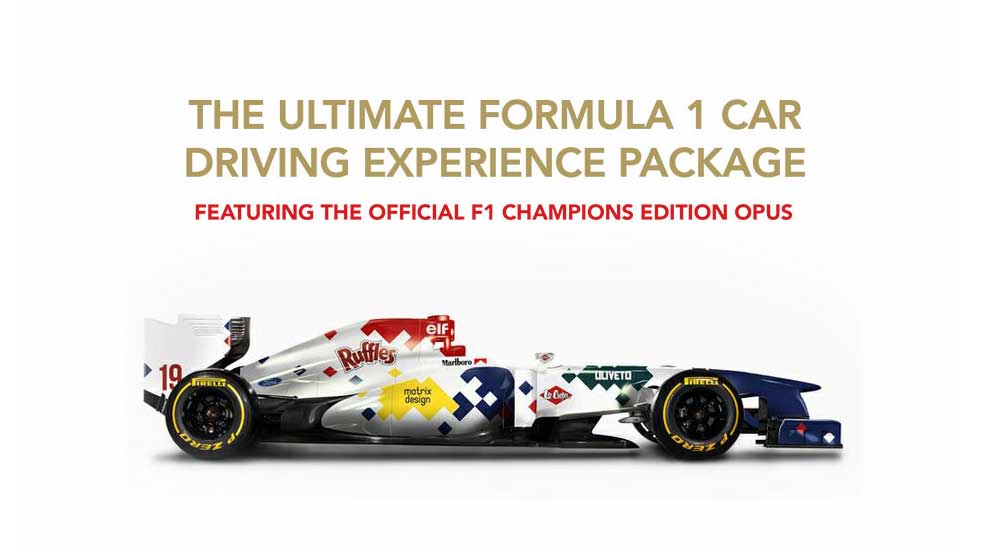 This is your chance to own an Ultimate Formula 1 Car Driving Experience featuring cars like the 1994 Arrows FA14 and The Official Formula 1 Opus Champions Edition.

Next up is the main event, with ten laps in either the 1996 Italian Forti-Corse FG03 (as driven by Luca Badoer), or the 1994 Arrows FA14 (as driven by Aguri Suzuki). These 600 bhp machines redefine notions of speed and road handling
and provide a huge adrenaline rush.

Measuring 50cm square, 852 pages long and weighing a staggering 37kg, The Official Formula 1 Opus is the biggest book on Formula One racing ever produced.

This extraordinary collectors’ item is individually numbered and personally signed by all living F1 champions including the late Phil Hill, Sir Jack Brabham and the 2016 World Champion Nico Rosberg.

Each copy of the Opus is personally signed by the President and CEO of Formula One Management, Mr. Bernie Ecclestone.