The Official Tottenham Hotspur Opus – One Off A Kind Special Edition 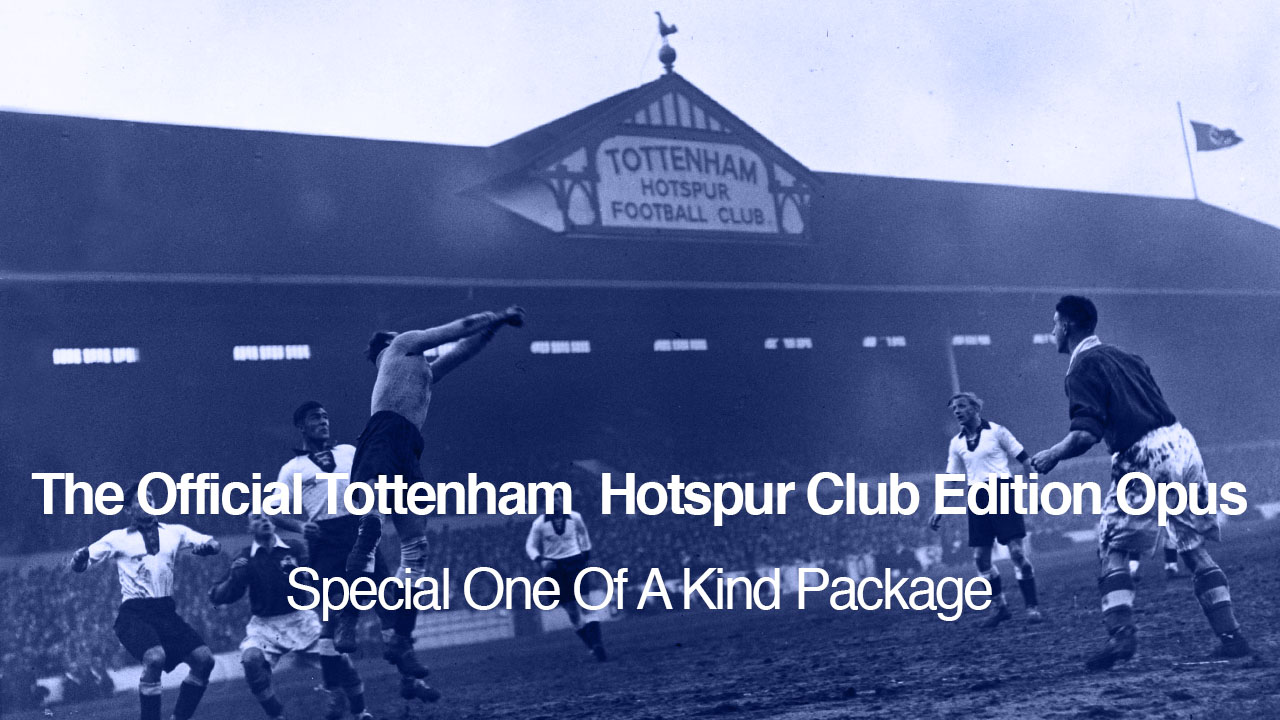 This one off a kind package includes ALL the following elements:

This magnificent publications covers the history of the club, with contributions from a list of great writers including the legendary Hunter Davies. Weighing in at 37 kilos and 850 pages long, each half metre square. Over 400,000 words and over 2,000 images, each individually varnished. The Opus is leather bound and comes in a stunning presentation clamshell.

This special edition inclues two unique signature cards, one from signed by squad players from 2016/2017 season and another signed by Harry Kane.